Keeping you informed on the latest NewLaw thinking and insights

What Has the World Come To?.

That used to be the question that only older people used to ask as they threw their hands up in despair when confronted by rebellious teenagers, or when protagonists in a sci-fi movie were up against zombies, aliens or apocalyptic terminators. Yet strangely enough, it is a question that almost everyone around the world in the year 2020 is now asking.

What has the world globally come to, for individuals, businesses, economies, learning institutions and governments?

This is a massive existential crisis for everyone, caused by the Covid19 virus, that has rocked the world as we knew it on an unprecedented scale. Possibly more impactful than previous world wars even, because of the sheer interconnectedness of our world today. From a Masai tribesman in Africa to a preschooler in China, from a farmer in Indonesia, to a seafood distributor in Japan, from a flower producer in Holland, to a DJ who plays internationally before hundreds of thousands at concerts, to a soccer star from the UK. The ramifications of virus spread, the considerations of global air-travel, the issues of contract performance, the logistics of supply chains, and the nuances of social interaction are phenomenal. Nothing and nobody are spared.

There are moments when the sheer weight of all the above suddenly bears down on me, and I actually start feeling rattled. I long for what was. No doubt, many of us have it better than most, but many, many more do not. The foreign worker, the non-resident employee, the regional business employing workers from different countries, leveraging off competitive advantages, and trying to succeed at diversity inclusions, are all reeling from the effects that an usurping microscopic pathogen, that wears a “crown”, has inflicted on us. It has become the new “ruler” of us all. It is daunting if I think in this framework. So, I choose not to engage in this way of thinking that is unproductive and unhelpful. Something has happened. Something quite unexpected, not that unforeseen, but unexpected nonetheless in its manifestation. It has to be accepted. And it has to be dealt with. No point crying for what was, whether we can go back, and how we should go back. THINGS NEED TO CHANGE.

How? With ourselves for one. How we think, how we do things, how we view perspectives and what we intend to do about it.

So, what has the lockdown been like for me in Singapore?

I don’t believe I can add much to anything that has not already been covered in the media about what is happening here, and concomitantly how we, as a society are dealing with it. For one, personally, it has led to me doing a lot of ruminating, as can be seen from the above comments.  Next, it has led to more action. I have for decades always been involved in charity work and social initiatives, but now even more so, as more is called of us. 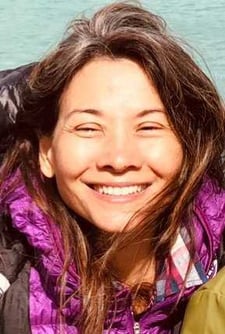 Personally, aside from brushing up cooking skills and spending time pottering in the garden, I have been volunteering to help. There was the digging up and donating of old laptops to social initiative Engineering Good, that refurbish used devices for kids from  disadvantaged families, who need to do Home-Based Learning (that was put in place by the government at the start of April) but have no access to laptops. Spreading the word for it and volunteering to help with their deliveries. Then next, there will be the morning deliveries of food to low-income families under the Willing Hearts scheme. If there is anything that many of my friends have been engaged with, it has been the foreign worker crisis that Singapore is currently dealing with. We can all come together to make a tough situation better, if we just stop finger pointing and deal with the realities of need. Something the US and China could learn from. I have also been watching wonderful artistic performances online, and this has been heart-warming and soul-lifting. We need art in our lives, as much as we need our economics.

On the work front and professionally, I have been reaching out to contacts, to find out more how our business model of ‘alternative legal services provision’ can assist in terms of people, process and technology. I have been using my time to watch virtual legal webinars online. This has been great, as there are so many great offerings out there, from Legal Geex, Fringe, Crafty Counsel, ACC. I have been attending data governance courses from my alma mater (NUS) to hone skills. These were on my schedule and agenda already, as I had to apply for them since February, but the university was really nimble and resourceful when the Circuit Breaker forced them to bring an attendance course online, and participants were forced to work on PowerPoint presentations via breakout rooms using Zoom. We sometimes underestimate ourselves. What was moaned about as being difficult and impossible, the transition to digital transformation and tech readiness, has suddenly moved with lightning speed. Necessity is the mother of invention.

So yes, these are new, novel times; a new normal and new world order is being established. The Novel Coronavirus 19 has shaken our foundations to the core, but it may also bring about new opportunities to re-think WHY we do things and HOW we do them. All across the board, all across this brave new world we are facing. In fact, much of what I do, with Systems Analysis, process analysis, entails this type of thinking and behaviour. So, if the world is going to be novel, let’s be brave.